At Robert Plumb we are committed to fostering growth and talent. Many of our builders started their careers as apprentices with the company, learning the skills of the trade from experienced team members who work alongside them.

Respect is central to our business: respect for the work we do, for the skills of other team members and collaborators, and for our clients and their properties. We believe that a culture of respect, enthusiasm and constant learning makes Robert Plumb Build a great place to work.

We are always on the lookout for the next generation of skilled and dedicated builders, taking on at least one new apprentice each year and mentoring them through a four-year program. If you’d like the chance to work at Robert Plumb Build, please send your CV and a cover letter explaining why you feel you would be a good fit for the company to careers@robertplumb.com.au

We look forward to hearing from you. 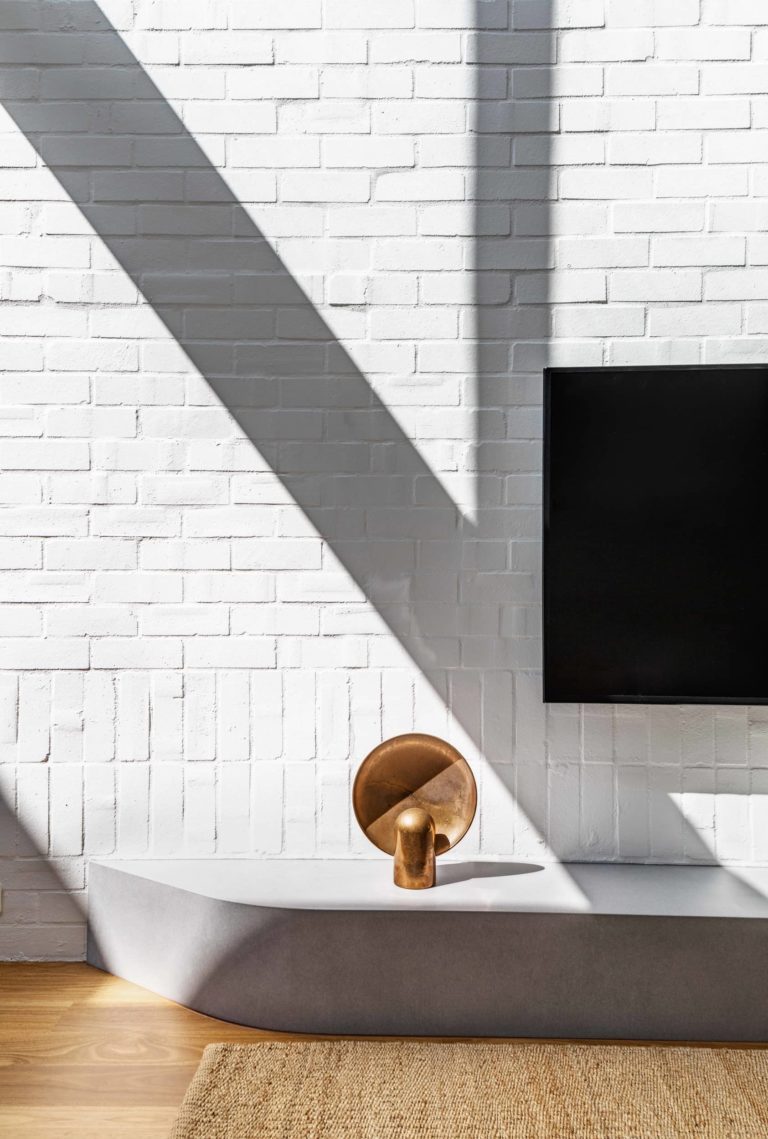 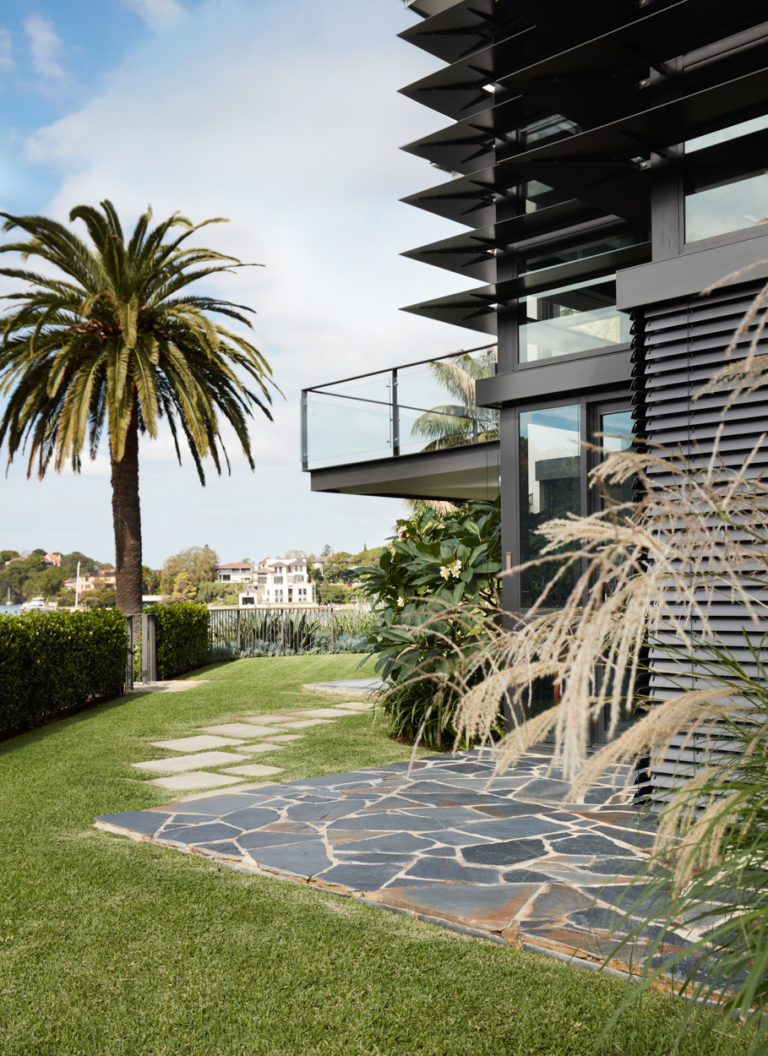 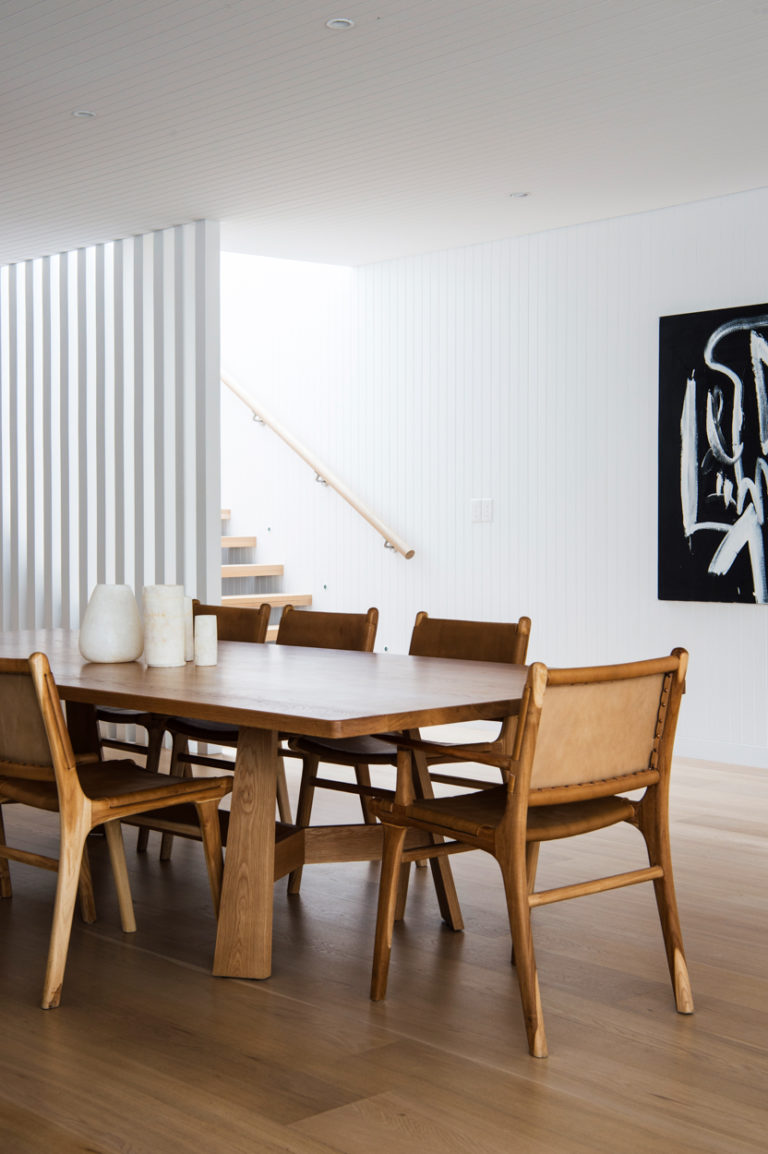 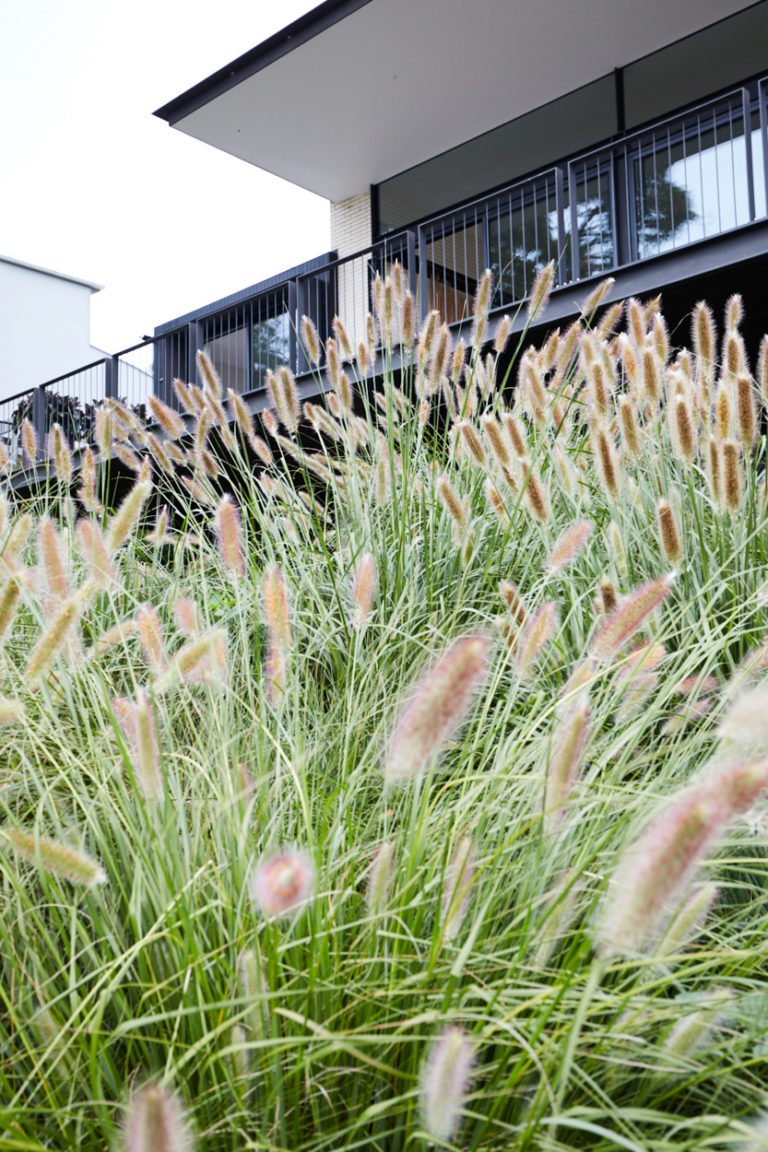 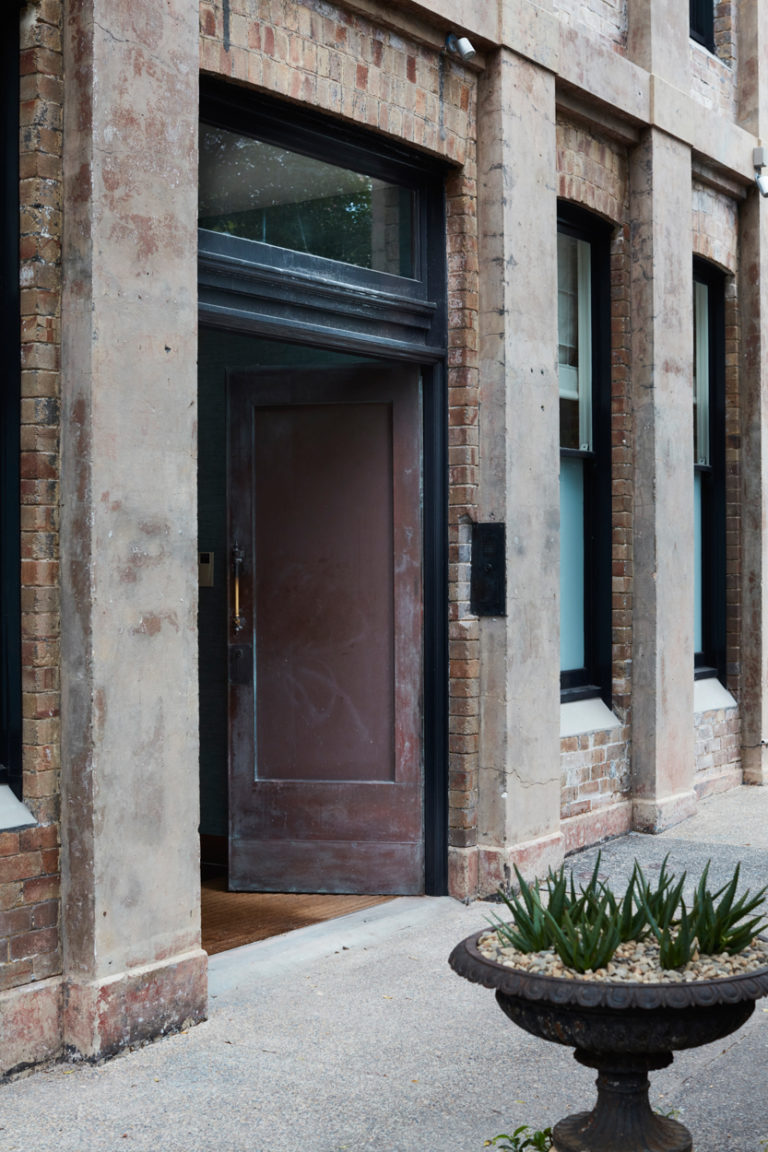 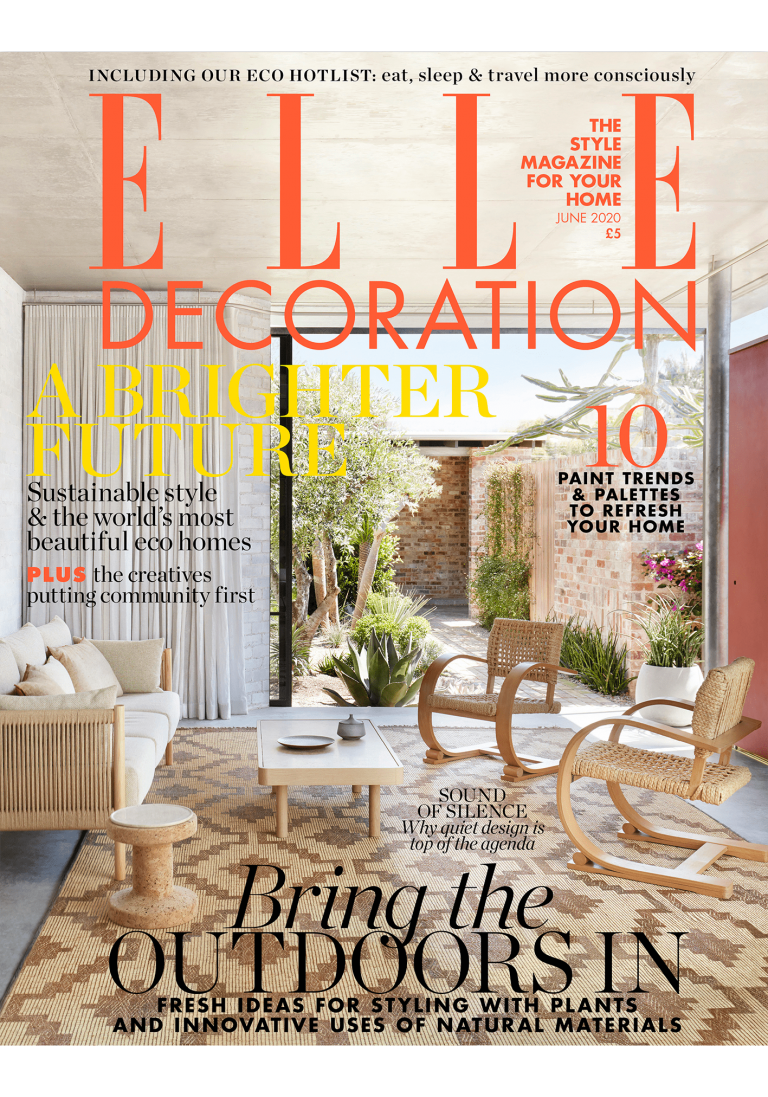 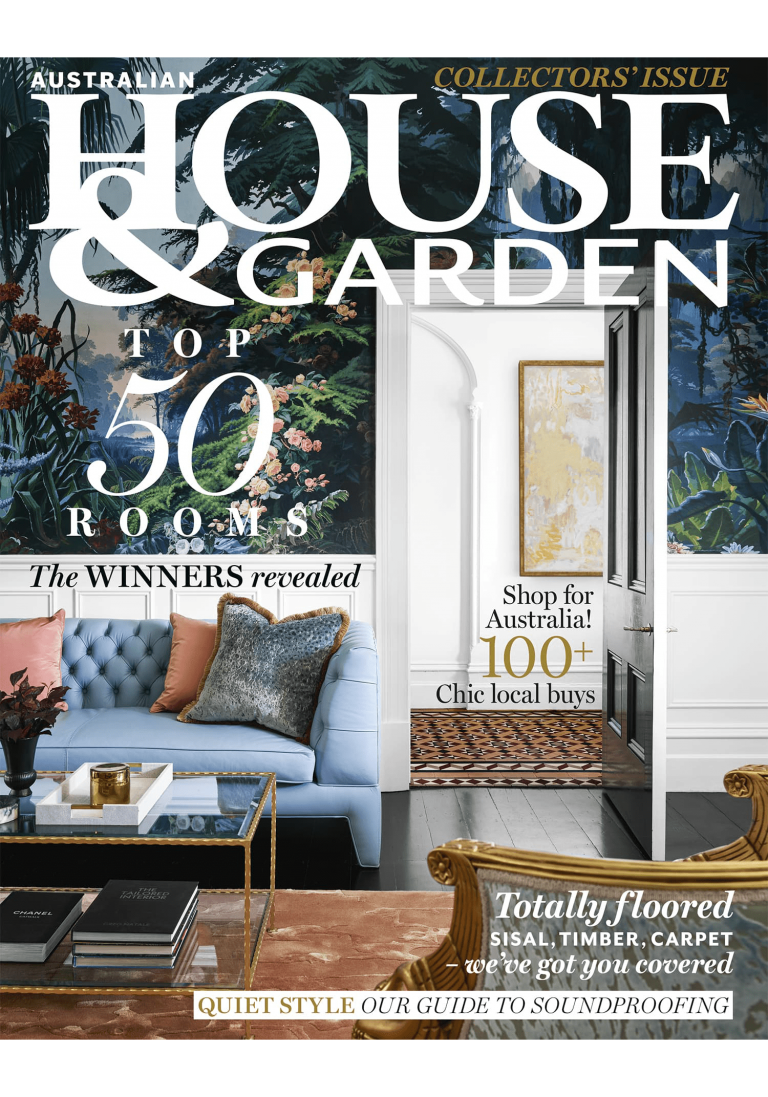 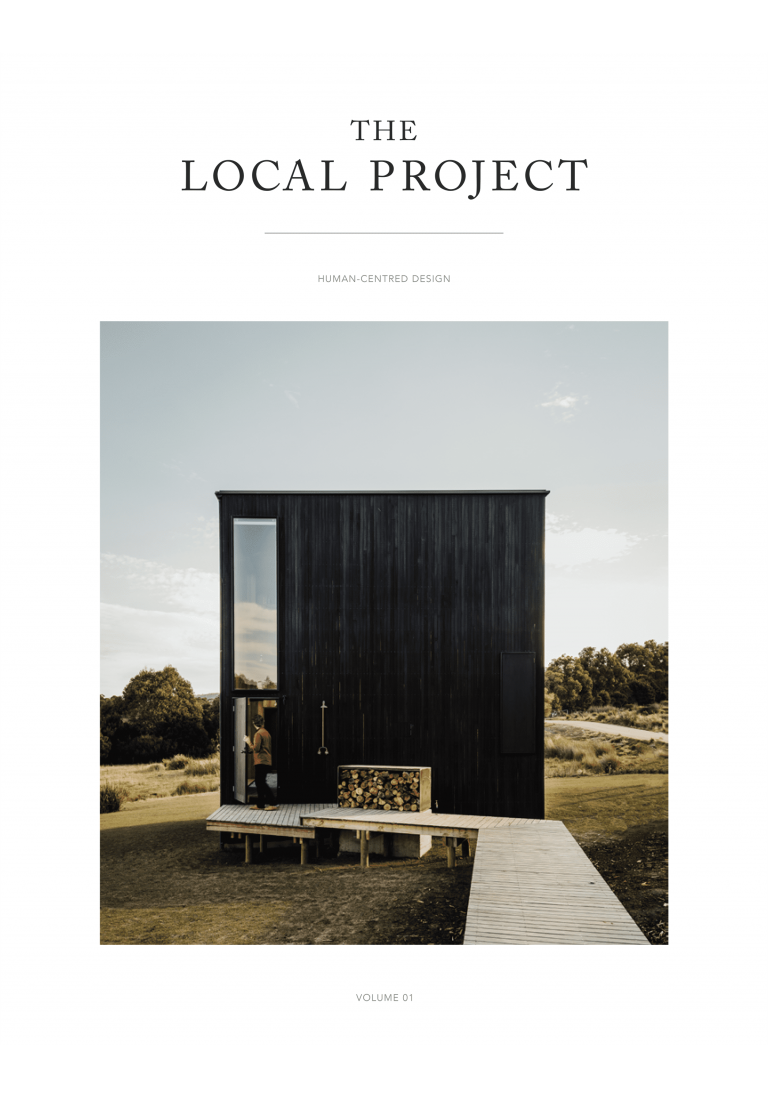 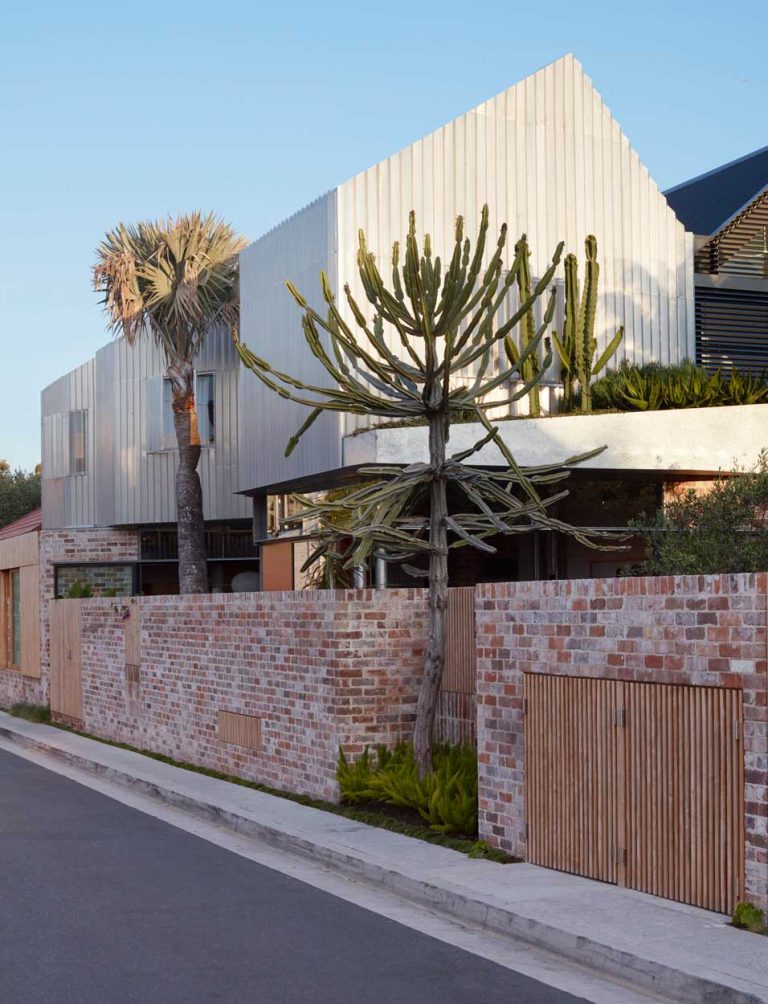 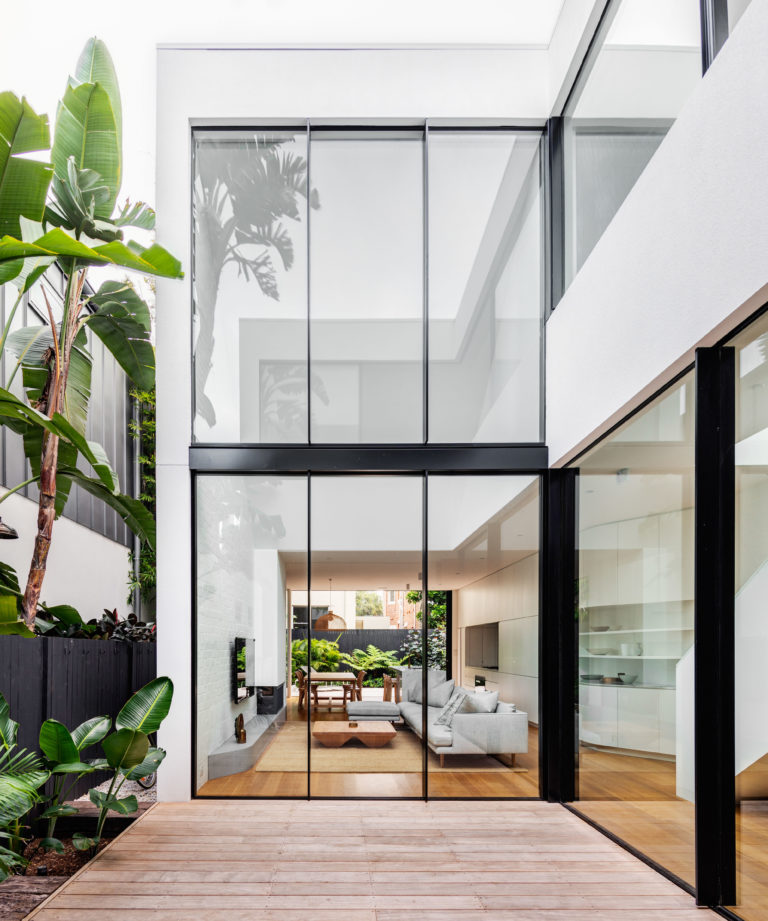 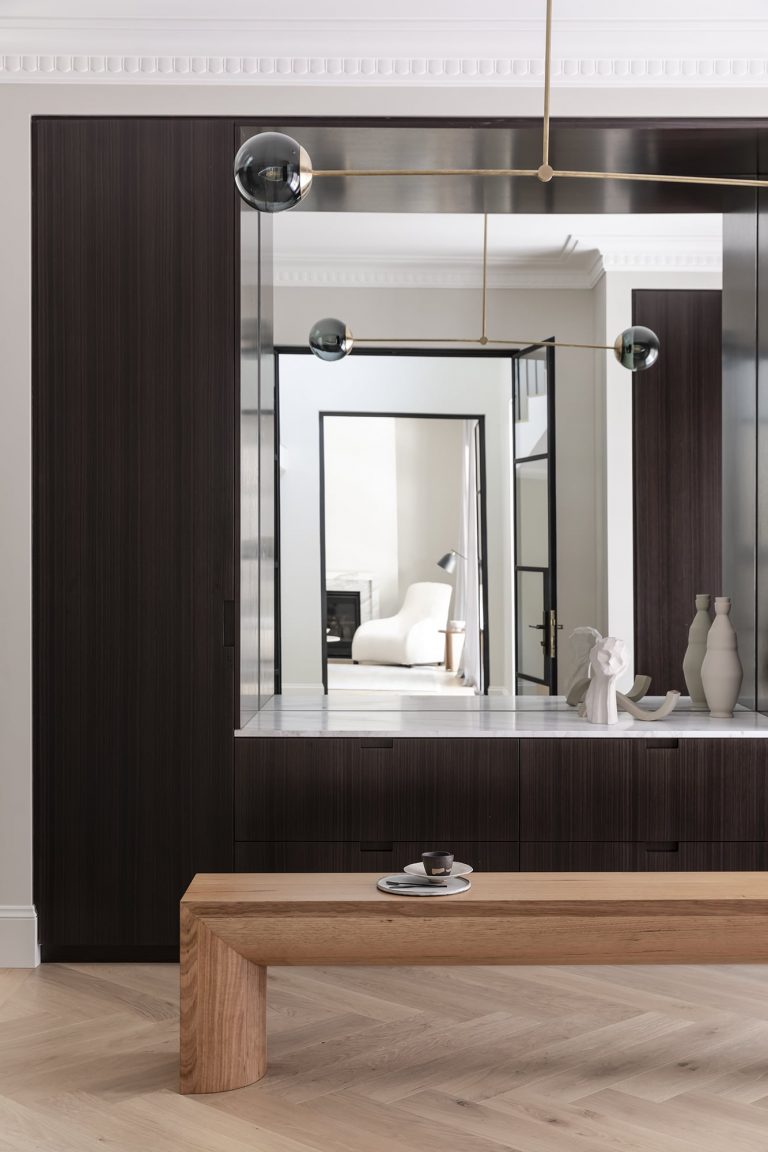 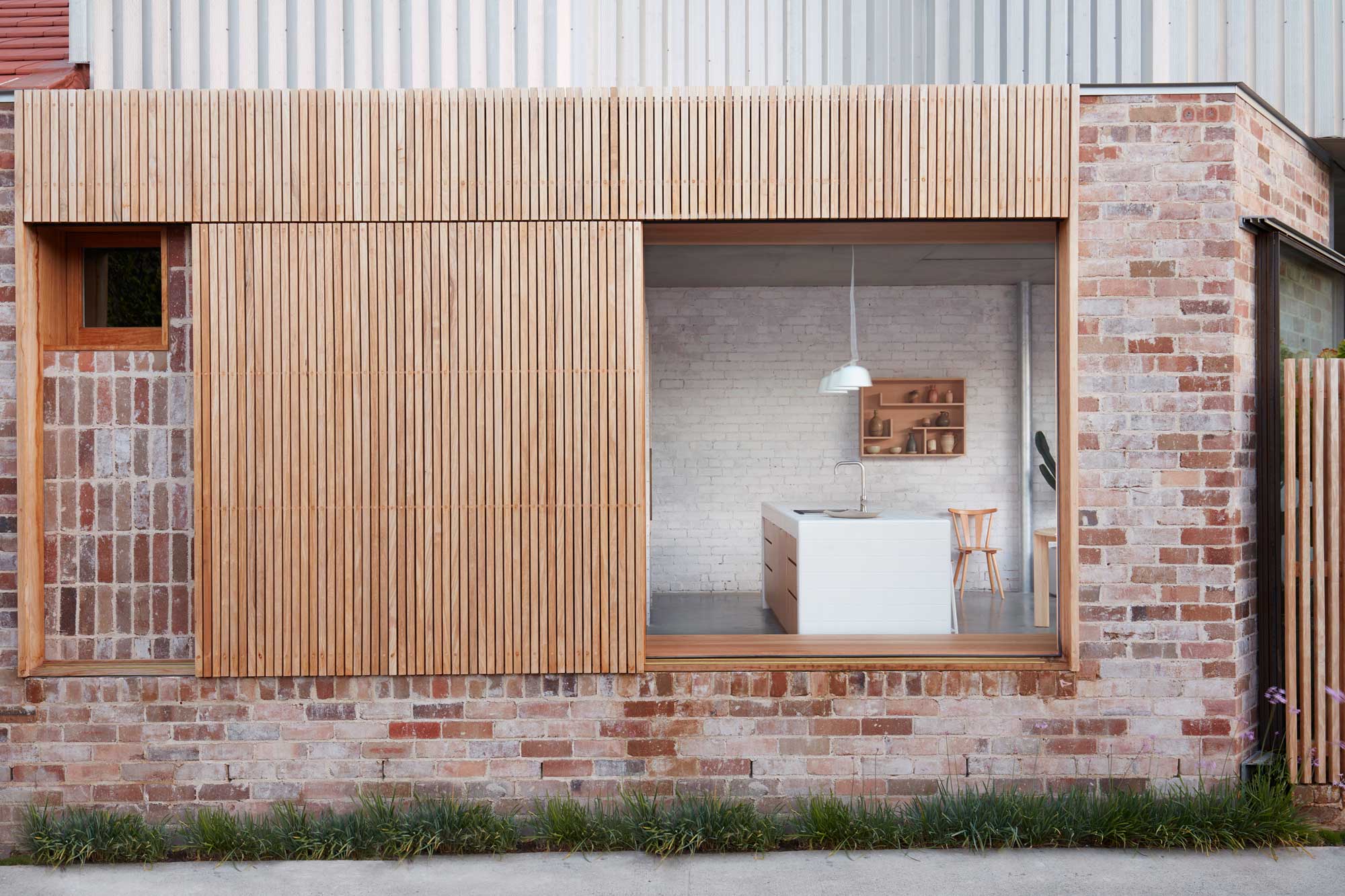 Given the adventurous nature of the brief by client’s Will and Julia Dangar, this was always destined to be an ambitious and interesting project to build. Andrew Burges Architects were asked to design freely, to do something they  hadn’t done before, to experiment with materials and create an informal home with rental potential, rather than a forever family home.
The existing post-war semi runs along a north-facing laneway off  Sydney’s Bondi Road which provided opportunities for Project Architect Min Dark to  identify what parts of the site were advantageous and what parts need to be screened out.

As Will Dangar was both client and landscape designer the idea was to create a footprint that extended the presence of the garden along the length of the laneway, hence the idea of a continuous garden became a strong motivator in framing how to design the site.
“The whole ground level of the block was both container and garden defined by specific moments – the stair, the kitchen bench, the Venetian Red steel cabinet, rather than an overall concept of enclosure. We wanted the relationship between inside and outside to be very fluid, both spatially and materially, “ says Burges.

Materials were re-cycled and all of the bricks that were demolished from the rear of the original house were recovered and cleaned on site. Experimental materials  were used on the upper level with standard perforated mill finish aluminium pleated to read as an ambiguous, blurry layer against the sky.

“Working with Robert Plumb Build on this rare project was awesome,’ says Min Dark, ‘the energy and positive thinking, especially from foreman Nick Gell, alongside the consistent site team and the capability of all the trades, ensured this ambitious project came together seamlessly”. 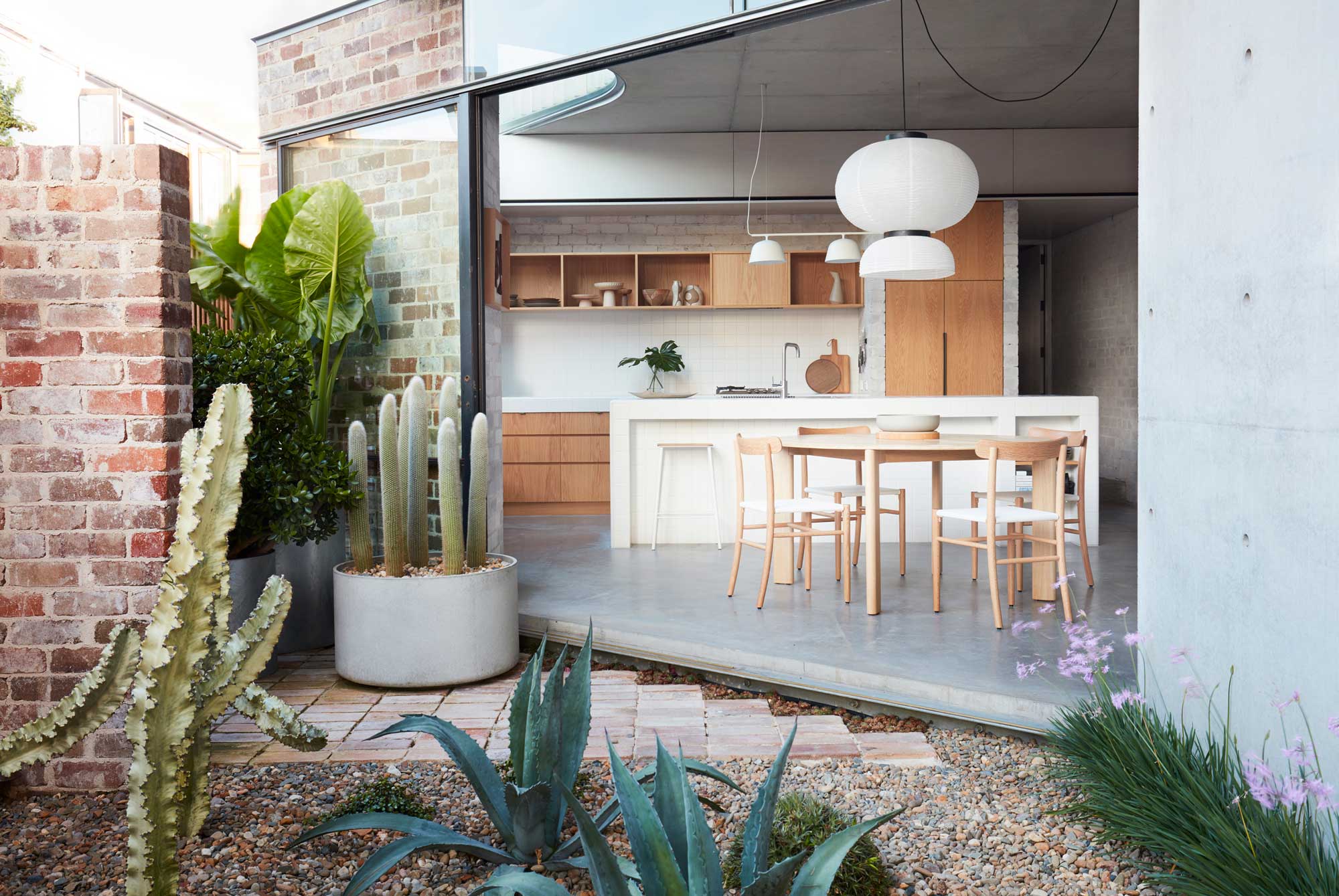 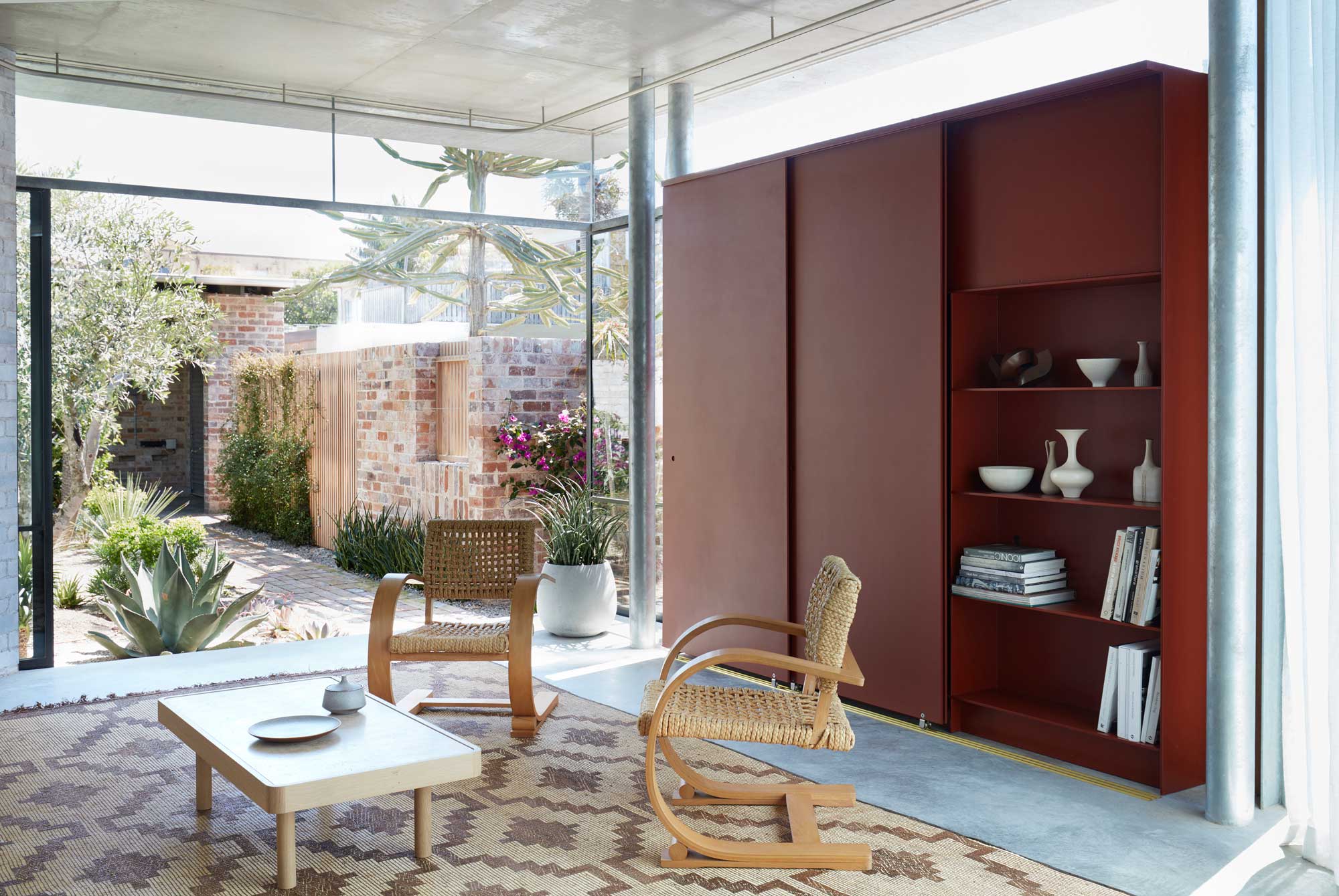 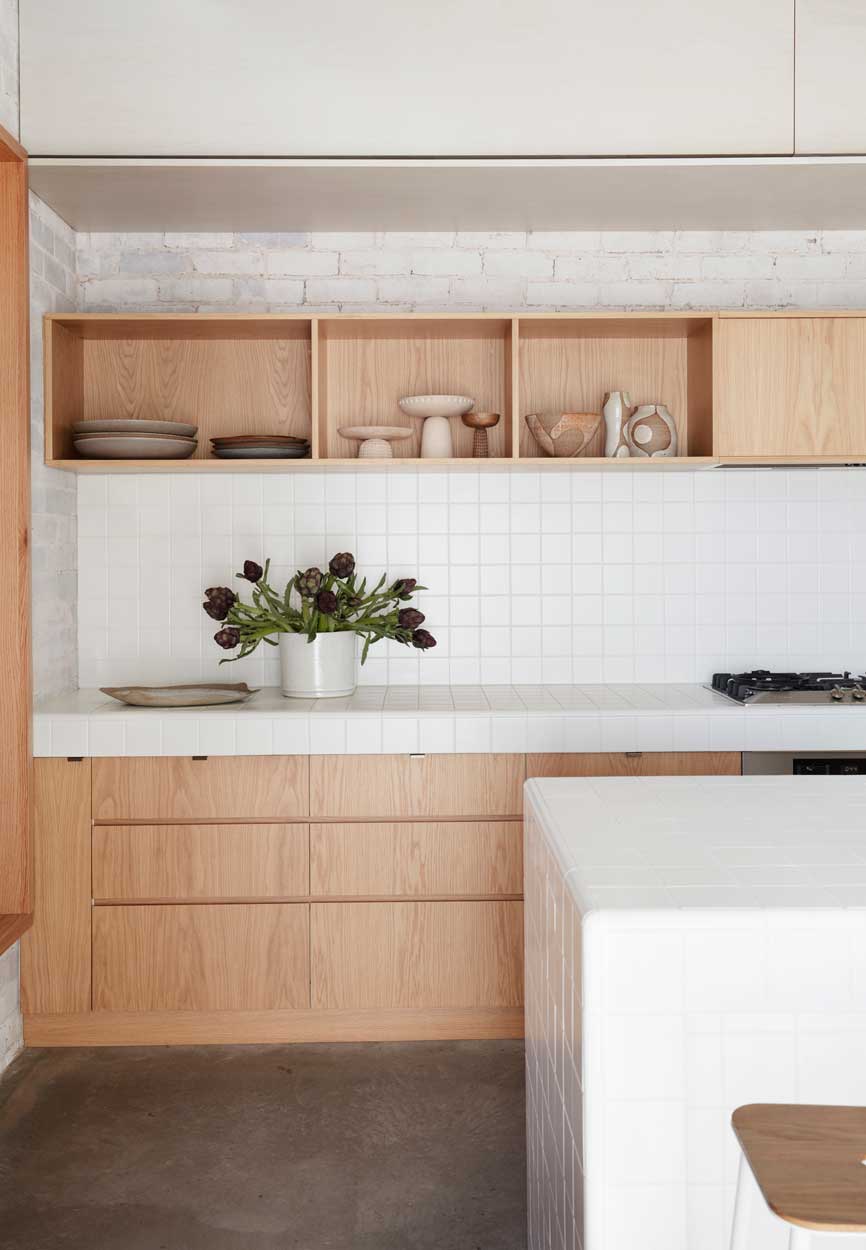 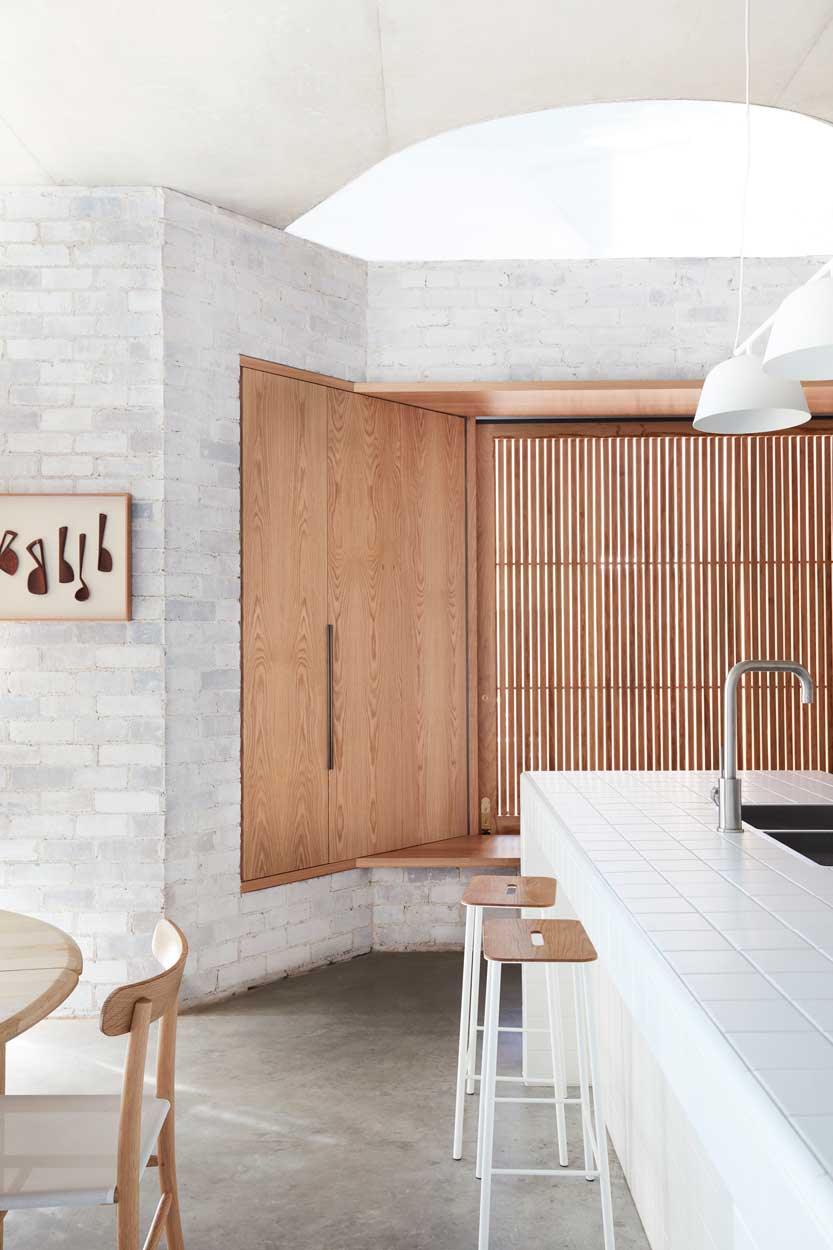 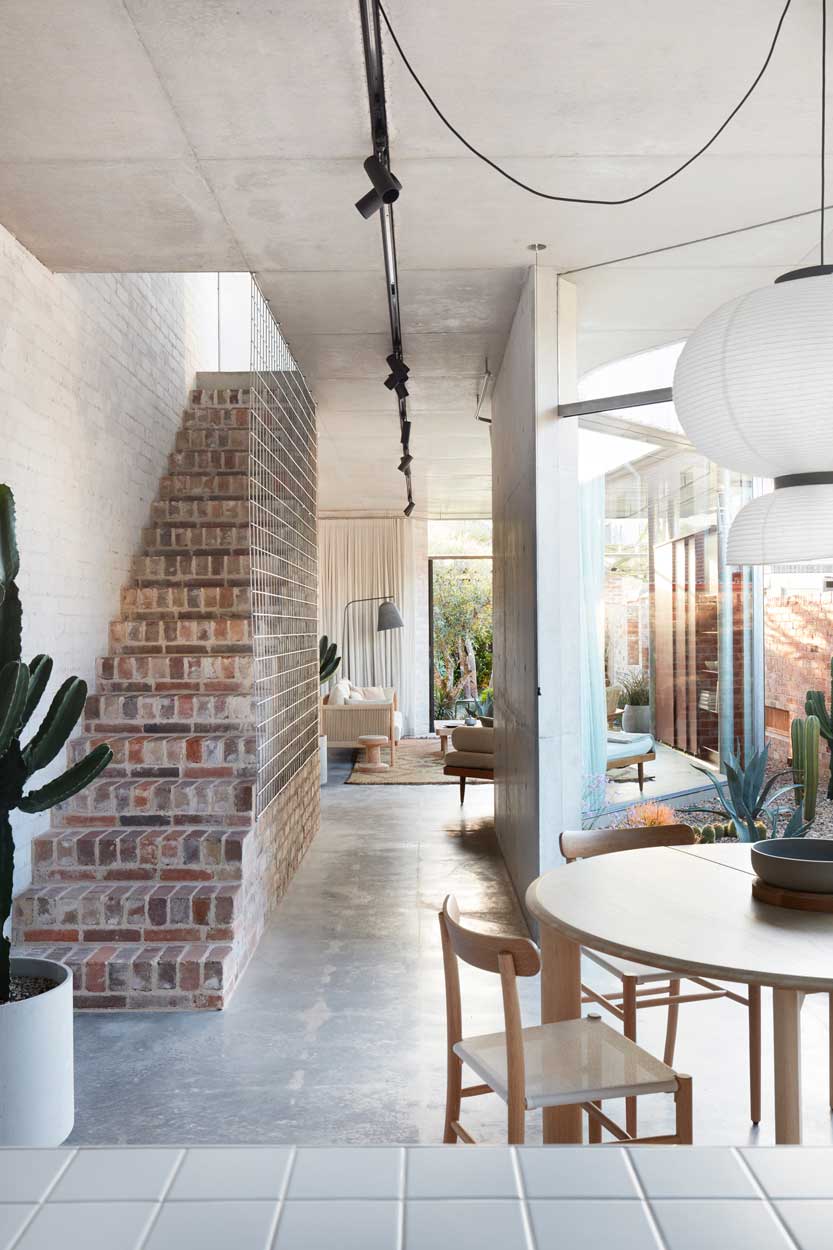 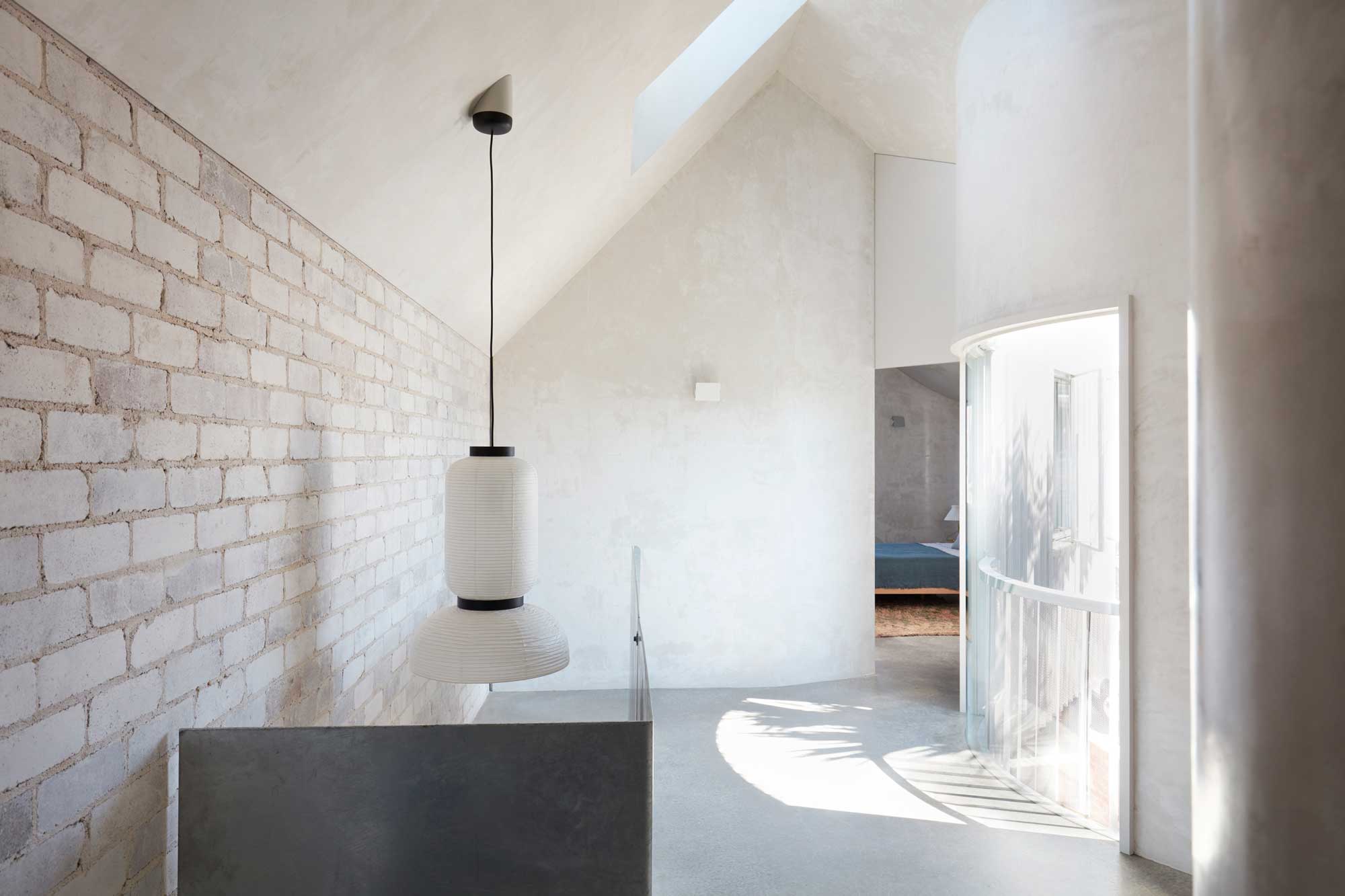 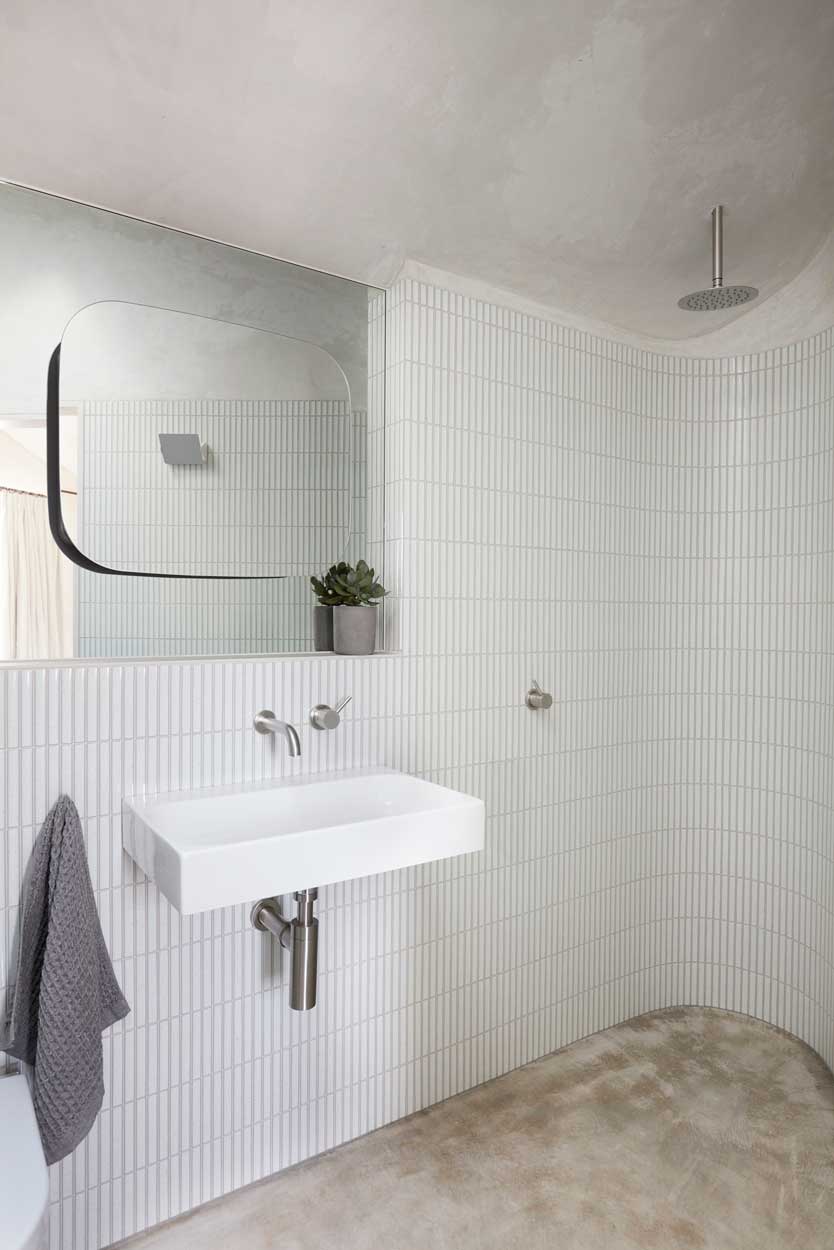 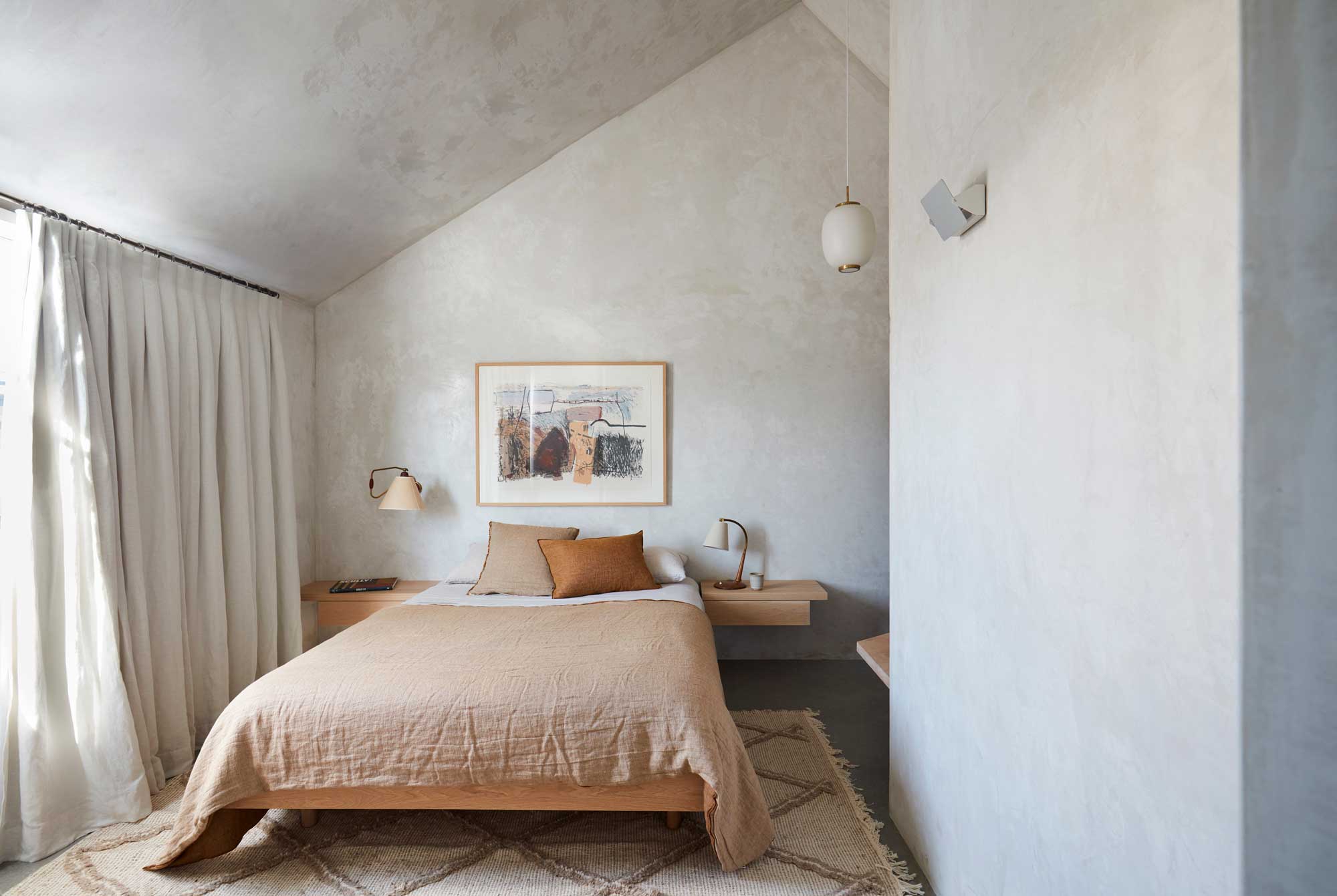 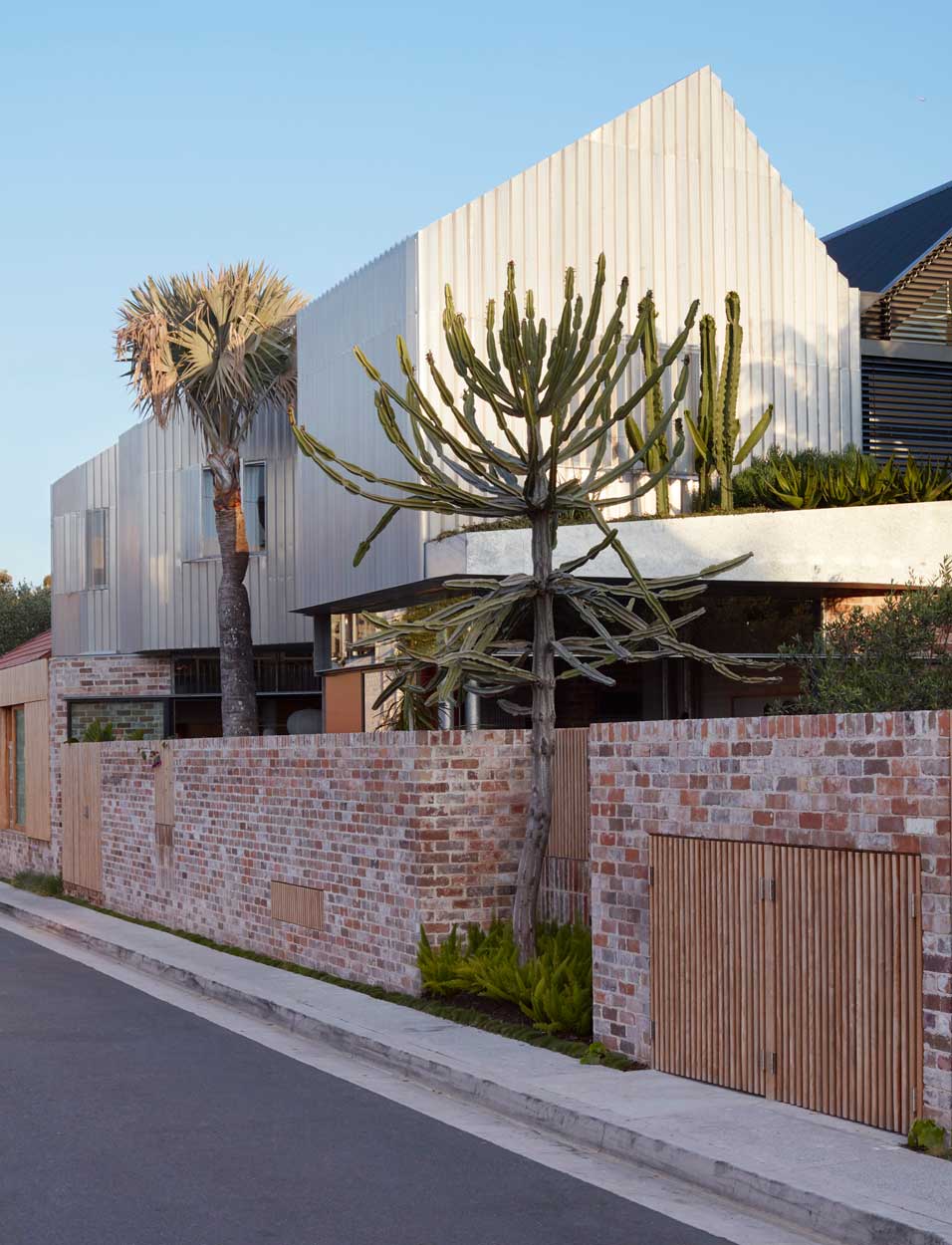 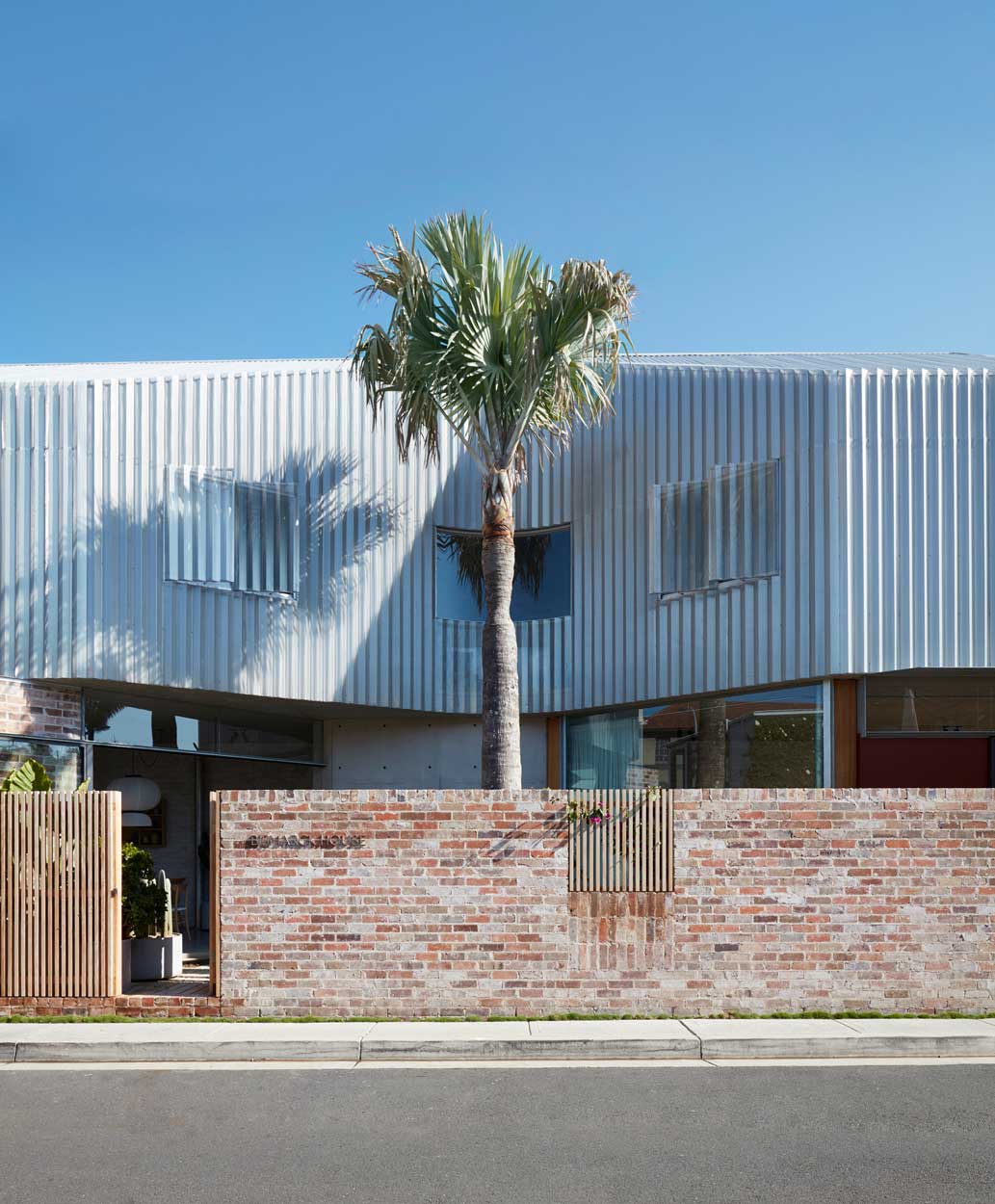